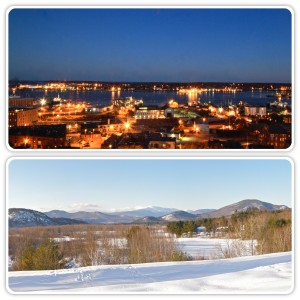 As we approach the last few weeks of summer, it is time to start planning for fall and winter fun!

A recent list by Travel + Leisure Magazine of “America’s Best Cities for Fall Travel” included Portland, Maine as a prime destination. Events like Harvest on the Harbor highlight the best of Maine cuisine – including lobster of course. A few nice places to stay are Holiday Inn By the Bay, Fireside Inn & Suites and the BEST WESTERN Merry Manor Inn.

The scenery throughout Maine and New England is splendid during fall – you can’t go wrong anywhere you go in the region!

For winter fun, skiing and snowboarding top the list of things to do…

National Geographic Magazine named North Conway, New Hampshire as one of the “25 World’s Best Ski Towns.” Here is what they had to say about the area:

North Conway may be less well known than many of the towns on this list, but only a few towns in North America can rival its skiing heritage. Tucked into Mount Washington Valley in the White Mountains, some of the first purpose-cut ski runs on the continent and a host of other innovations in grooming, lifts, and ski schools were developed here in the 1930s. North Conway was one of the leading lights in American skiing for decades before Western resorts rose to prominence. Much of that old New England character lives on today in the town of 2,349, where skiing is still tightly woven into the small community’s social fabric.

If you decide to ski in the area, check out Nordic Village Resort and ask about their ski packages to make your stay is not only enjoyable, but affordable as well.